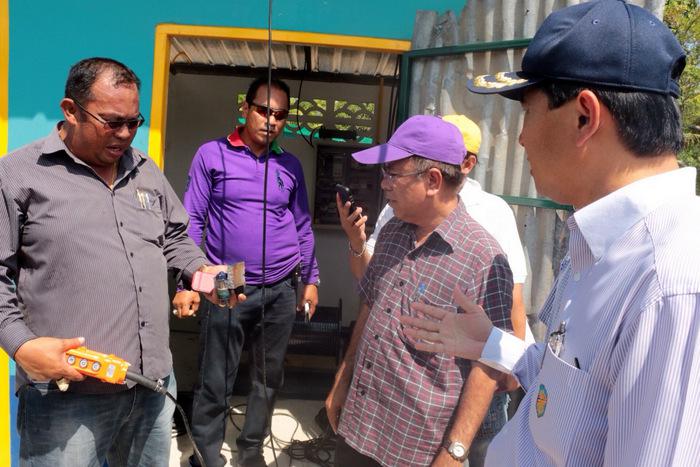 PHUKET: Governor Maitri Inthusut has ordered police to investigate the illegal construction site of the Phuket bungy-jump tower where two men died and one was seriously injured on Friday (story here).

“I received a report that the bungy-jump tower was illegal. The owners were issued a permit to construct a building 12 meters tall, but they erected a structure reaching up to 52 meters,” Governor Maitri said.

The governor blamed recklessness for the fatal fall on Friday.

“They tested it at night without enough light. They would have had a hard time checking the equipment properly,” he said.

“Moreover, they did not have experience. Bungy jumps must be built to standards and tested by experts.”

Governor Maitri vowed to inspect all bungy-jump towers throughout Phuket.

“Any bungy jumps on the island found to be unsafe must be shut down,” he said.

The governor also called on local administration officials to ensure building regulations were being followed.

“Officials must inspect construction sites after issuing building permits. They must also make sure buildings are not in risk areas, such as places prone to landslides, and that the structures do not breach height restrictions.”

Tossaporn Suksri and Pitakchai Wongsricha both fell to their deaths on Friday after a malfunction caused the platform they were standing on to free fall at a bungy-jump tower under construction in Chalong.

Anupong Kantawong was the sole survivor of the deadly plunge.

Tattooed body found off Phuket beach, believed to be foreigner