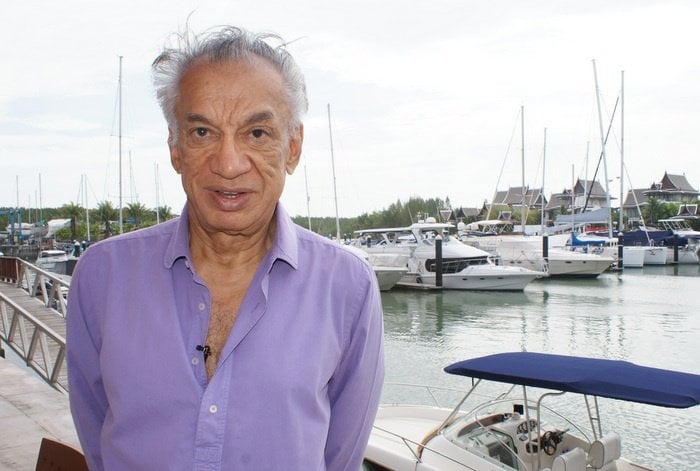 PHUKET: The Marine Department director-general has vowed to renew efforts to find the best solution to the congested Koh Kaew canal, which links two of Phuket’s prominent marinas to Phang Nga Bay.

The extension of the Koh Kaew canal, which leads to Royal Phuket Marina and the Boat Lagoon, was reported as being completed on December 28, 2014, allowing easier passage for big boats and yachts to the area (story here). However, Gulu Lalvani, chairman at the Royal Phuket Marina, told members of a public meeting at Phuket Provincial Hall yesterday that the canal was still in need of dredging.

“I really want to see Phuket as the number one yachting paradise in the region,” Mr Lalvani said. “Two of the four marinas in Phuket are served by Klong Koh Kaew [Koh Kaew canal]. And the two marinas have more berths than the other marinas in Phuket. And that canal needs dredging.”

Mr Lalvani pointed out that the canal entrance to the marinas was a first impression for some tourists and that its current condition was not living up to Phuket’s desire to be a top yachting destination in Southeast Asia.

“This canal is being used by hundreds of thousands of tourists every month,” Mr Lalvani said. “Last year, some work was done, but the contractor didn’t finish the work.”

Marine Department Director-General Chula Sukmanop confirmed that he would assign a team to look into the matter and see what is the best solution.

“I will have my technicians investigate and determine what can be done,” Mr Chula said. “They will make a case study and report back to me. I will take care of it.”

The dredging was approved at a public hearing in January last year (story here) and the six-month project started in March.

“The problem with this kind of dredging is that it increases the concentration of nutrients in the water, which can stimulate plant and algae growth and decrease the amount of oxygen in the water. This causes fish and plants – like mangroves – to die,” said Jitti Intaracharoen of the Phuket Farmer’s Council.

However, the project was resumed a few weeks later, after it was decided that it would be more harmful to abandon the project (story here).