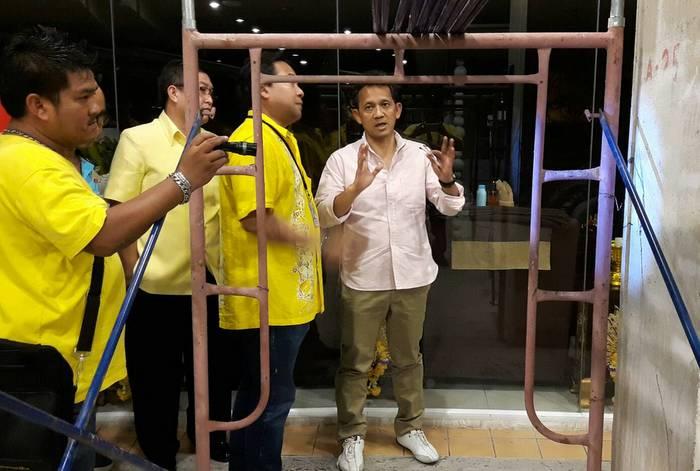 Jungceylon CEO Prawit Janyasitikul confirmed yesterday that four concrete pillars were found to be damaged in the mall’s basement indoor market, the Port Zone. The area was immediately closed off (story here).

Public outcry began after an anonymous source posted pictures of the ruptured concrete pillars in Jungceylon on Monday.

Workers are reinforcing the mall’s load-bearing columns with steel I-beams. Jungceylon management has stated they will reopen the area to shoppers.

“At this stage, the area is closed and experts are examining the causes of the columns’ degradation. Beams are being put in place to support the broken pillars and an engineer from the Department of Public Works and Town and Country Planning will also make an inspection,” Gov Chamroen said.

“Engineers will check the whole structure, to ensure visitors’ safety,” he added.

Gov Chamroen said Phuket’s primacy as a tourist destination is challenged whenever issues of safety are called into question.

“Please do not panic. We will do our best to ensure citizens’ safety,” he said.