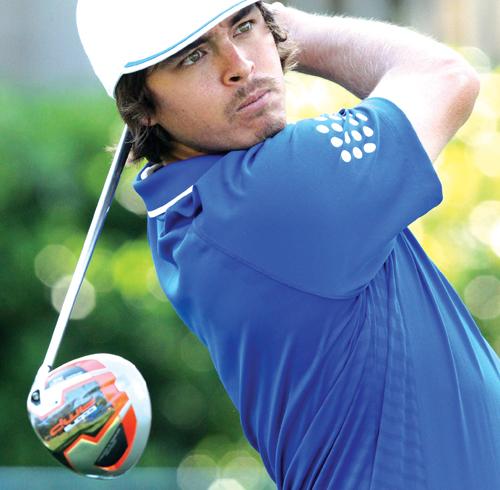 The Thailand Golf Championship will once again see some of the world’s top golfers competing alongside the Asian Tour’s best with significant world ranking points on offer. Inaugurated in 2011, the tournament has already firmly established itself as Thailand’s leading sports event and one of the biggest golf events in the region, attracting worldwide attention from media and spectators.

Currently ranked 15th in the world with 16 professional wins to his name, Schwartzel dominated a world class field to win the 2012 Thailand Golf Championship by an extraordinary 11 shots, carding just a solitary bogey over 72 holes of golf.

The South African has a tremendous track record at Amata Spring, as prior to his 2012 win he was runner-up behind Lee Westwood in the first ever Thailand Golf Championship in 2011 and he’s hoping to continue his run of results at this year’s tournament. “I am very much looking forward to coming back to Thailand, which is one of my favorite places anywhere in the world to visit and it’s no coincidence that I tend to do well here. I love the people, the food, the culture, the climate, and of course, the golf.

“Amata Spring is a magnificent course and the Country Club has something about it that seems to bring out the best in me. I hope I can bring my ‘A’ game to the tournament again this year and defend my title. The Thai public are very knowledgeable about their golf and I look forward to seeing them out on the course in December.”

Ranked number 35 in the world, 24 year old Fowler is one of the most exciting young players in the game today. After a stellar amateur career, the precocious American turned professional in 2009.

He was crowned PGA Tour Rookie of the Year in 2010, representing USA in the Ryder Cup in his debut professional season. Fowler has two professional wins to his name, the most recent being the 2012 Wells Fargo Championship where he beat former world number one, Rory McIlroy, into second place.

An edgy and larger-than-life character with a Japanese grandfather, the 2013 Thailand Golf Championship will be Fowlers first appearance in a full-field Asian Tour event.

The likeable Californian is a crowd favorite through his flamboyant dress sense and aggressive approach on the course, and he is eagerly anticipating his first visit to the Kingdom of Thailand.

“I am really excited about my first trip to Thailand as I’ve heard so many great things about the country. I love to travel and guys on the Tour who have played in Thailand like Bubba Watson and Hunter Mahan have told me how much they love it so I thought it was about time I came to see for myself. I’m looking forward to the food and the famous Thai hospitality and of course the wonderful golf.”

“Thailand seems to have loads of big sports events and the Thailand Golf Championship is a huge event both in Asia and across the world,” continued Fowler. “It’s supported by many of the world’s best golfers as well as the top guys from Asia so it will be fantastic for me to be part of such an exciting and high-quality event.”

If the golf champions coming to Thailand to compete for the ultimate trophy inspires you to play golf yourself, September is the time to do it.

A special golfing package at JW Marriott Phuket Resort & Spa will let you try world class golf at a discounted price. The Golf Green September 2013 package for 2 persons starts at 6,750 baht and includes accommodation in a Deluxe Sala Garden View room, daily international breakfast, one round of 18-hole golf per stay for one golfer at the Jack Nicklaus-designed Missions Hills Phuket golf course (inclusive of green, caddie and golf cart fees and round trip transfer from the resort), 15 per cent discount on food and beverage (excluding minibar) and 25 per cent discount on A la carte menu at Mandara Spa.

Booking for minimum two nights and advance reservations are required.

For more information about the package log on to jwmarriottphuketresort.com or email bookmarriott@marriotthotels.com.