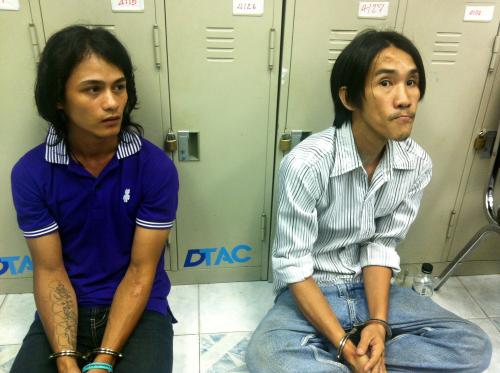 PHUKET: Phuket City Police have arrested suspects in two crimes after posting CCTV images of the men on their Facebook page.

The first crime took place on August 5, when Tippayo Pho’s room on Phun Pol Soi 2 in Phuket Town was robbed of a 35,500-baht MacBook and a black Lenovo laptop valued at 33,300 baht.

“People sent us information that enabled us to arrest the suspect, Udom Janthong, 22, in a rental room in Phuket Town on Monday,” Col Prawit said.

“Mr Udom confessed that he wanted money to travel, so he sold the computers to Burmese workers at a low price,” he said.

The second crime solved with the help of social media was the theft of water taps in Phuket Town.

Residents reported the tap thefts to police on August 8 and by Monday Rongroj Pramutmatyakul, 33, was in police custody.

“Mr Rongroj confessed to stealing taps twice, but he couldn’t remember how many taps in total he had stolen. He said he wanted money to buy drugs and pay computer fees in game shops,” Col Prawit explained.

Both men have been charged with theft.

Golfing champion to return for defense