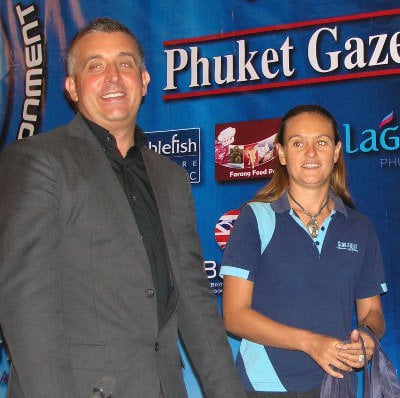 PHUKET: Organizers of the Go Eco Phuket dive reef cleanup project this Sunday, which is on target to set a new world record for the number of people taking part in a single underwater cleanup operation, say the event will go ahead.

“Looking at the forecast, the weather is going to be fine. Some dive companies are asking to do a one dive option or a two dive option. And each company knows that they can switch [to a more protected location] if they don’t want to go to their designated dive area,” explained Mr Andrews, who is also an ambassador for the respected Project AWARE marine conservation organization.

The Thai Meteorological Department (TMD) at 11:30am today issued its 17th consecutive “heavy rain warning” for many parts of the country, including Phuket and elsewhere along the Andaman coast.

A strong southwest monsoon prevails over the Andaman Sea and southern Thailand and is expected to produce isolated heavy to very heavy rain, as well as strong wind-waves two to three meters high, reported the warning.

“All ships should proceed with caution during [the period] 28 to 30 September 2012,” the TMD advised.