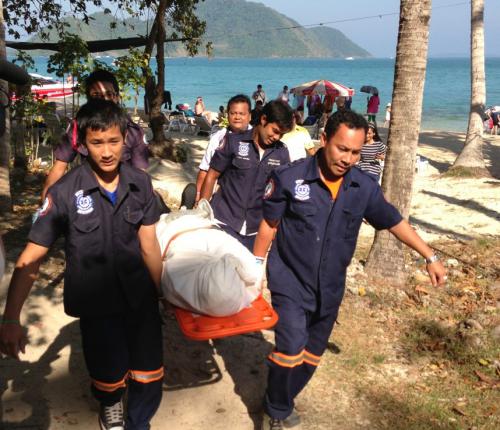 PHUKET: Phuket Police believe the German man whose ultralight crashed on Wednesday (story here) drowned after his flying boat plunged into the sea.

“When police and rescue workers arrived at the scene, Mr Bach had already been brought ashore by staff at a nearby resort,” Maj Patiwat said.

Somboon Singkhala, a staffer at the Andaman Cove Resort, reported seeing the ultralight land on the water after the engine seemingly failed.

“We quickly got the resort’s speedboat and went out to rescue him, but he was unconscious in the water when we got there.”

Mr Bach was dressed only in swimming trunks, but was wearing a safety helmet and was still strapped into the pilot’s chair by his safety harness.

“His helmet had moved and was covering his face, but there were no signs of injuries on his body,” Maj Patiwat said.

“Regardless, we are waiting for doctors at Vachira Phuket Hospital to confirm the cause of death.”

Urgent call for O-negative blood to save Norwegian man