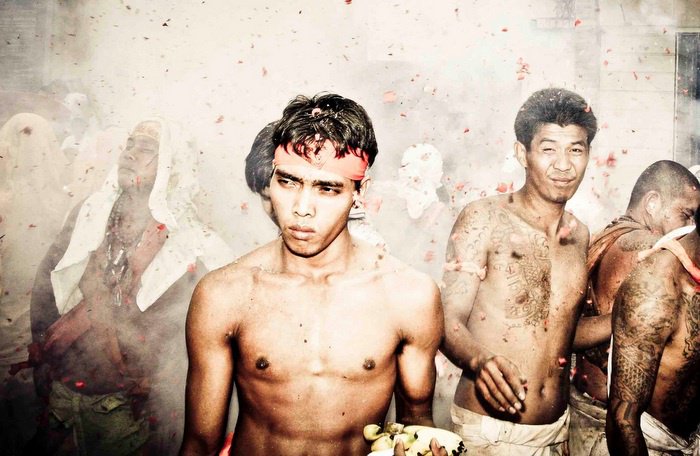 PHUKET: As the sun sets on Phuket on October 12, all Chinese shrines taking part in the annual Vegetarian Festival will raise their go-teng poles so that the Jade Emperor, among the Nine Emperor Gods, can descend from the heavens, heralding the beginning of this year’s event.

It can all be overwhelming for first timers. So, here at the Gazette, we’ve made things simpler. Check out what made our ‘must-see’ list this year.

The festival’s processions are an intense experience and not for the fainthearted. Onlookers will see graphic facial piercings and will be surrounded by thousands of exploding firecrackers (the louder the better, to ward off evil spirits). Needless to say, it is an experience of a lifetime. However, if there is one procession not to miss, it is the final parade on the last day of the festival. Bring a face mask and ear plugs!

October 21: Gather at the heart of Phuket Old Town as processions from the major shrines head to Saphan Hin to bid farewell to the Nine Emperor Gods. (Best to be on the streets by 10pm.)

This part of the festival is less chaotic, but just as mesmerizing. Look on as ma song walk across burning coals and climb ladders with bladed steps.

If you are feeling adventurous and want to see the piercing process, attend a shrine an hour or so before their procession starts and watch as the ma song are ceremoniously skewered.

A Decade Ago: Do you remember the TTVI Center?