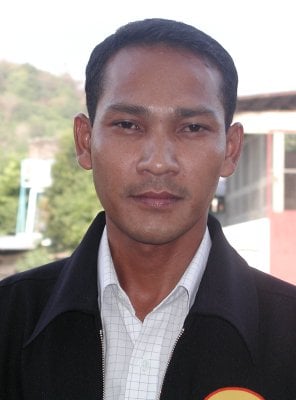 PHUKET: A former policeman will take on Dr Sriyada Palimapan of the Thai Rak Thai (TRT) Party in District 1 in the April 2 parliamentary election, but the TRT candidate for District 2, Wisut Santikul, will run unopposed.

Provincial Election Commission (PEC) Director Kittipong Thiengkunagrit told the Gazette that in District 1, covering Phuket City and environs, the candidates will be Dr Sriyada and Pol Sgt Panya Borirak, 35, who is running under the banner of the little-known Pattana Chart Thai (Develop the Thai Nation) Party.

Two other people who registered for the parliamentary election were, however, turned down by the PEC. Lawyer Thavorn Permpoon, 50, of the Thai Chuay Thai (Thais Help Thais) Party and businessman Soraphong Khaokitpaisarn, 30, of the Pandin Thai Party (Thai Homeland Party), were excluded because neither had been a party member for at least 90 days before the April 2 poll, as required by election law.

Sgt Panya told the Gazette that his party was formed decades ago to help push former Prime Minister Gen Prem Tinsulanonda’s “623” policy, aimed at getting Communist insurgents back into the democratic process.

“I don’t want to give more detailed information about the party, except to say that it was established many years ago and our party leader is named Boontaweesak Amornsin. I have been a member for more than one year,” he said, adding that he had resigned from the police on March 7 in order to comply with election law.

A graduate from Phuket Rajabhat University, he said his previous political experience included an unsuccessful attempt to gain a seat in the Phuket City Council in 2004.

He said he led the fight to correct the “Surin Circle” corruption scandal in 2004, resulting in the the National Counter Corruption Commission ordering the culprits to return 15 million baht in embezzled public funds to the people of Phuket.

“This case and many others are still unknown to many Phuket people and I would like the press to follow them up. I think I have done many good things for the people of Phuket, and if they knew about them I think I would gain their confidence. I will do my best,” he said.

Despite his affiliation with Pattana Chart Thai, K. Panya said he would run under the slogan: “I am beholden to no party; I will give my all for Phuket.”

There have been reports that “a big party” has been paying individuals as much as 30,000 baht to run in the election. In only three cases, however, has a complaint been lodged about this.

PGTV launches on the Internet