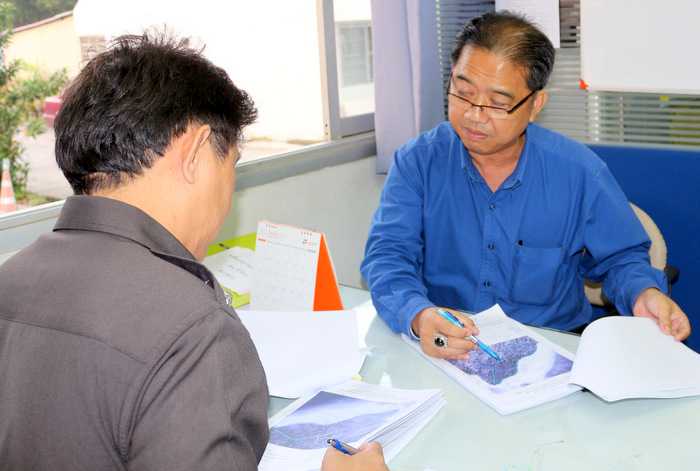 PHUKET: Former Phuket Governor Wichai Phraisa-ngop, along with a former Phuket Land Office chief and several other officials, has been named in a police complaint filed over illegal land titles issued for 80 rai in Sirinath National Park.

Kitiphat Taraphiban filed the complaint, naming a network of 13 people, at Thalang Police Station on Thursday as one of his last acts as park chief.

Mr Kitiphat submitted his resignation on Thursday after only three months as park chief amid death threats and intimidation by influential people (story here).

The complaint centers on two Chanote titles issued in 2009, Mr Kitiphat explained to the Phuket Gazette.

“The complaint was filed against those who claim to own the land, the officials involved in issuing the titles and those who signed as witnesses to the documents,” he said.

“Among them, four intentionally reported false information to officers and nine officials abused their positions of power.”

“There are many other land plots we have yet to investigate in order to reclaim public land.”