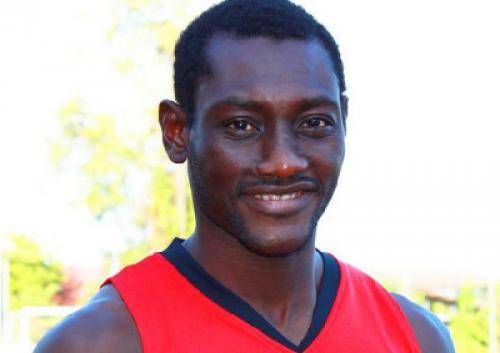 Camara suffered a cardiac arrest on October 30, 2010, during a 1-0 playoff win over Chainat FC. The popular footballer was moved from a hospital in Phuket back to his native Ivory Coast a few months ago.

Phuket FC’s manager, Mr Jakkapop said, “I heard that he had died from Nene Bi, who was a friend of Camara. This is the saddest news of the year for our team.”

Camara Ahmed enjoyed a successful period with Phuket FC during his loan spell from Muang Thong United: winning the AIS League Division 2 Championship in the 2010 season, reaching the Champions’ League semifinals and playing in the Thai Yamaha League 1.

Phuket FC continued to support Camara with his spiraling hospital bills on Phuket and even when he was back home the team would send him 50,000 baht a month to help with medical costs.

The Islanders played a friendly game at Surakul Stadium against a foreign all-star team last week in honor of Camara.