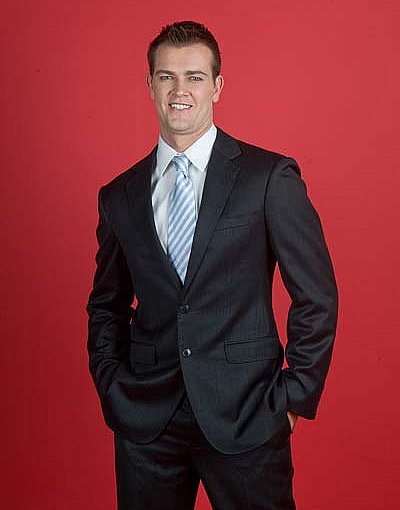 PHUKET: Who is that foreigner standing next to the governor welcoming HRH Princess Sirindorn to Phuket?

There he is again, with the party greeting President Jimmy Carter.

He can be seen quietly slipping in and out of meetings with the governor, vice governors and the many ambassadors and senior government officials who visit Phuket every year. Now, for the first time, Provincial Hall has allowed access to, and is commenting on, this reclusive expatriate advisor.

The significance of the appointment of American James A. Mabey as Economic Development and Foreign Affairs Advisor is far reaching and likely to be roundly welcomed by the foreign business community here.

A consultant to many large-scale businesses in Phuket over the past five years, Mr Mabey has assisted several governors in dealing with this vital sector of the economy, but until about a week ago his work on behalf of the province has been decidedly low profile.

Governor Tri Augkaradecha and Vice Governor Nivit Aroonrat are now allowing the American, who holds an MBA from Prince of Songkla University and lectures at several of Thailand’s leading universities, to take a more visible role.

He is formally attached as an advisor to the offices of both the Assistant Permanent Secretary of the Interior in Bangkok and Phuket Vice Governor Nivit Aroonrat.

Mr Mabey, who typically works three days a week at Provincial Hall, spends a lot of time on airplanes, both as a private pilot himself and in connection with frequent visits to his overseas clients.

He is also a regular commuter to Hong Kong where he is working on a Doctorate degree at the School of Hotel and Tourism Management of Hong Kong Polytechnic University. The school is currently ranked second only to Cornell in hospitality education.

Adding value to his background in international investment and corporate finance are some formidable language skills. Mr Mabey is fluent in Thai, written and spoken, and often finds himself in a bridging role over five dialects of the language. He’s also fluent in Mandarin, Spanish and Laotian.

Originally from the west coast of the US, he spent time in Central America when he was a teenager and moved to Asia in 1999. He has lived in Phuket for five years.

“I think Phuket is a great place to live, and it’s encouraging to see its growth as a cosmopolitan place where you can meet people from all over the world. This, possibly more than anything else, has led to the notion that it’s a high-potential place to invest. But to be successful at that, foreigners need to adjust to a business environment that is often quite different from the one they know back home,” says Mr Mabey.

“I have enjoyed the opportunity to work together with governors and vice governors throughout Thailand. I try to keep my focus on simplifying issues and finding win-win solutions for both local people and the foreign companies who support the local economy by doing business here.”

In explaining the appointment, Vice Governor Nivit told the Phuket Gazette yesterday that Mr Mabey is well situated to carry out his responsibilities as an advisor.

“There are a lot of foreigners who come to Phuket – not just tourists, but people who come to do business here. We found it necessary to have an advisor who was an expert on investment and economic development not only from a foreigner’s point of view, but who could see the Thai side as well. Mr Mabey is an indispensable part of my team. He has a very good understanding of Thai government, our laws and our ideas on economic promotion,” he said.

“Based on that, we wanted Mr Mabey to help us give advice to people when they are trying to set up a business here, or when they have business problems. Ideally, we wanted somebody who could help give advice to organizations before they actually have any problems at all,” he added.

Big bikes to roar into Phuket