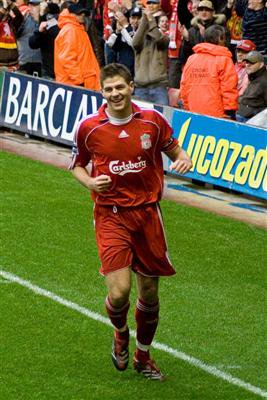 PHUKET CITY: The Kingdom’s legions of football fans who tuned in hoping to catch live coverage of matches in the fourth round of the English FA Cup last weekend were left disappointed.

Coverage of English football in Thailand is generally excellent, but this weekend’s games – which included mouthwatering match-ups of Manchester United vs Tottenham, and Liverpool vs Everton – were not broadcast on either Thai TV channels, local cable networks or True TV’s digital-to-home service.

Stuart Turner of the Football Association (FA) had the following message for football fans in Thailand: “We are pleased that the FA Cup is in such demand in Thailand. However, we are extremely disappointed at not to be able to bring FA Cup fans the competition thus far this year. We are working hard to remedy this situation for the remainder of this season. Please allow me to explain how this situation has arisen. We have in the past enjoyed a long relationship with both ESPN Star Sports and BBTV in the region for a number of years. However BBTV did not bid for our rights this time around and ESPN Star felt that they could drop Thailand in order to concentrate on winning other, more central, territories for them.The simple fact is that the agreement the FA signed with an agency in good faith in November 2007 has been reneged upon by the licensee for Thailand, leaving The FA to re-open a number of direct negotiations with both cable and terrestrial broadcasters in the territory.This has meant that, thus far, that we have not been able to broadcast games as intended in what is an important territory for English football. These negotiations, set as they are, against a backdrop of financial and political meltdown in Thailand, have not been easy, but I sense we are near to a conclusion.We will continue to try and strike a firm deal but please be advised of our best intentions in this regard.”

The English Premier League is wildly popular among Thais, many of whom make wagers on the outcomes of matches.

In other soccer news, it has been announced in the local Thai-language press that the Thai national team will stay on in Phuket for a week of practice following their heartbreaking loss to Denmark in the recent final of the King’s Cup.