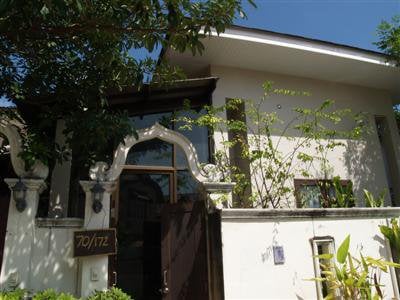 WICHIT, PHUKET: Phuket police are treating as a probable suicide the case of a man found hanged to death outside his Wichit home Monday morning.

Chalong police station identified the deceased as 34-year-old Sutee Sirithungkan, whose body was discovered by a neighbor around 8am yesterday.

Mr Sutee’s body was found suspended by a nylon cord tied to a cross beam under the roof of the covered car park outside his home in the Phuket Ban Sabai residential estate off Chao Fah East Rd, near Phuket Villa 3.

Police suspect problems related to his business of breeding tropical fish or a nervous condition may have driven Mr Sutee to take his own life.

There were no wounds found on the body except those from the nylon cord, police said.

Mr Sutee is survived by his mother, wife and three children.

The family have already claimed Mr Sutee’s remains and are preparing for a cremation ceremony.

Embezzlement cases up in Phuket