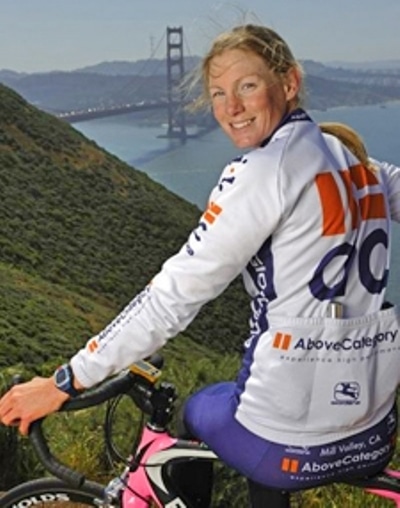 PHUKET: Leanda Cave, the recently-crowned 2012 Ironman and Ironman 70.3 triathlon double World Champion, has confirmed that she will compete in the Ironman 70.3 Laguna Phuket on December 2.

Ms Cave of Great Britain, is the first woman, and only the second triathlete, to win both World Championship titles in the same year.

She sits atop a stellar line-up of talent already confirmed for the Ironman 70.3 Laguna Phuket on December 2.

Cave’s appearance at Laguna Phuket will be her third race since her triumph in Kona, having just competed in the Miami Ironman 70.3 on October 28 and set to compete next in the Ironman Arizona on November 18.

“She signed up for our Ironman 70.3 just hours after becoming 70.3 World Champion in Las Vegas and told us how excited she was about coming to Laguna Phuket again.

“We were absolutely thrilled when she won the full Ironman World Championship in Kona – it’s fantastic to attract the first-ever women’s double World Champion,” she added.

Cave raced in the 2006 LPT, when she finished second, behind Samantha McGlone of Canada.

Both LPT and Ironman 70.3 Laguna Phuket will attract a field of about one thousand athletes from around the world, and are linked by a ‘tri-fest’ of training and social activities at Laguna Phuket during the week between the two Sunday races.

With some athletes opting to take on the challenge of competing in both events, there are a number of intriguing duels in store. One of the most prominent being between Laguna veteran Belinda Granger of Australia and Czech Olympian Radka Vodickova, who are both vying to become LPT’s first-ever women’s triple champion.

Italian Massimo Cigana, LPT’s first-ever triple champion in the men’s field, returns to defend his title in a bid to be a four-time champion. He will face stiff opposition from elite pros such as American Chris Lieto – an Ironman champion renowned as the ‘fastest cyclist in triathlon racing’.

Lieto says he is keen to make up for his Phuket debut last year, when he was forced to retire from the 70.3 after crashing on the bike course.

He is also in Phuket to support Laguna’s community fund-raising efforts through the ‘More Than Sport’ charity campaign, which will see international athletes join together in an effort to raise 2 million baht. The money will be given to Laguna’s “Fully Booked!” mobile learning center and library project for rural schools.

The annual triathlon carnival at Laguna Phuket will involve members of the local community, hundreds of volunteers, support from government and police and schoolchildren, who will line the course to cheer on athletes.