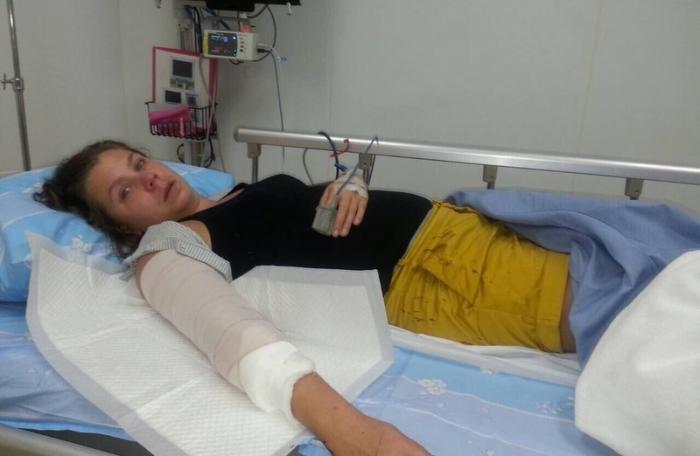 PHUKET: A Finnish tourist was seriously wounded when she attempted to fight off bag snatchers in Phuket on Saturday night.

“Two men drove by on a motorbike and attempted to swipe the bag off the shoulder of Mari Inkeri Ruohonen, 31,” explained Karon Police Superintendent Sompong Boonrat. “However, when she resisted, they pulled a box cutter out and attempted to slice the strap of the bag. In the process they made an estimated 30cm cut along her arm.”

Ms Ruohonen was returning by foot to her hotel room with fellow Finnish national Otto Pertterli Finikaeheimonen at about 10:45pm.

The thieves made off with the bag, which contained 9,000 baht cash, a driver’s licence and a credit card.

Police are hunting for more information about the suspects, who successfully fled the scene.

“Though CCTV caught the licence plate on the bike, it was a fake one. We are now following the path of escape. We have a great deal of information and expect to track the suspects down soon,” confirmed Col Sompong.

The case is nearly identical to a bungled bag snatch in 2012 that led to the slaying of 60-year-old Australian travel agent Michelle Smith. Ms Smith was fatally wounded when she attempted to fight off the robbers. The men were eventually found guilty of the killing and sentenced to life in prison (story here and here).