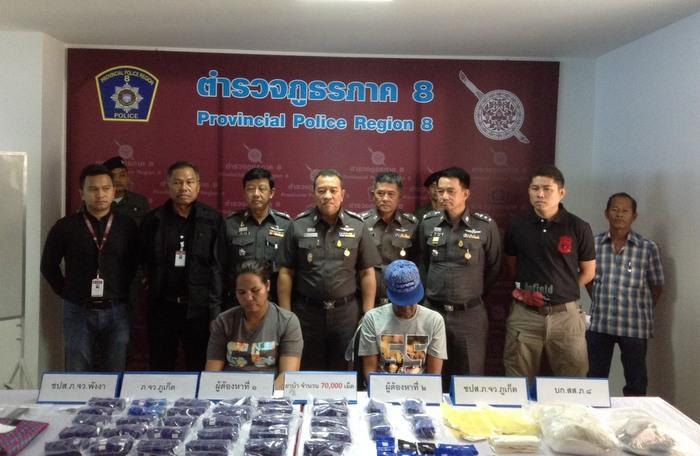 Jiraporn Promnoo, 42, and Somnuek Rammani, 51, were arrested with 10,000 ya ba pills after a tip off from another drug suspect led police to intercept a scheduled delivery, confirmed Region 8 Police Commander Tesa Siriwato.

The pair denied being drug dealers, but confessed to being paid 20,000 baht to take the drugs from Krabi to Phang Nga.

“However, they did provide information about 60,000 more pills being stored at a house in Nakhon Sri Thammarat Province,” Lt Gen Tesa said.

At the residence, police seized the additional drugs, as well as several bank books with the names of two additional suspects in Phatthalung Province. Police have yet to make those arrests.

“At this stage, we are waiting for arrest warrants for the other two suspects. However, we prefer not to release their names to the public at this time, ” Gen Tesa added.

Ms Jiraporn and Mr Somnuek were charged with possession of a Category 1 Drug with intent to sell.