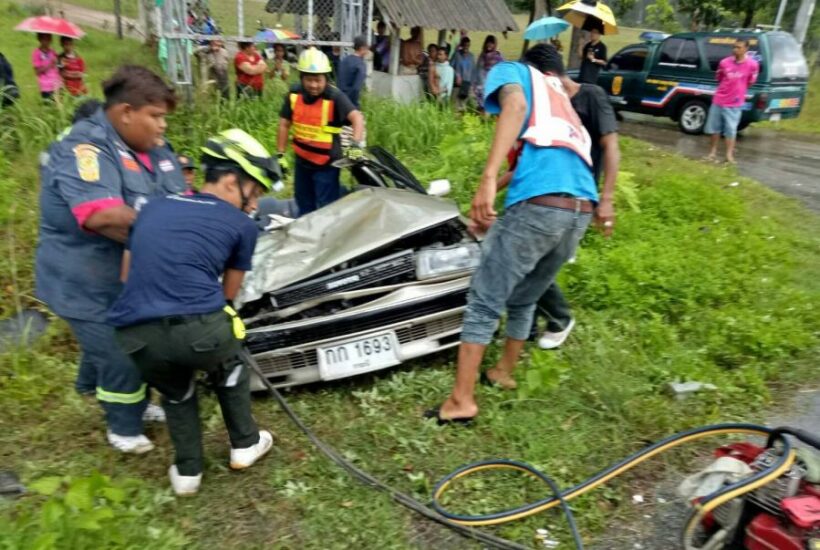 KRABI: One man was killed while three others were severely injured after a speeding pick-up truck and a Toyota sedan collided, sending both vehicles into a roadside waterway in Krabi yesterday afternoon.

“We found the totaled Toyota in the waterway along Petchkasem Road in the Klongthom district. Rescue workers had to use ‘Jaws-of-Life’ to cut open its roof and extract the body of Mr Suphachai,” said Lt Col Danaithorn Jaisabai of Klongthom Police.

“Witnesses told us that they saw Mr Pornthanakrit drive his pick-up into Mr Suphachai’s car after crossing the road median from the opposite direction. We initially believed that Mr Pornthanakrit was speeding, but since the crash happened in a bend in the road and it was raining, we think he may have lost control,” said the policeman.

He added that no charges would be pressed until the three survivors have recovered and are ready to talk about what they think happened.

‘AD’vertorial: Buy one, get two free, plus lunch