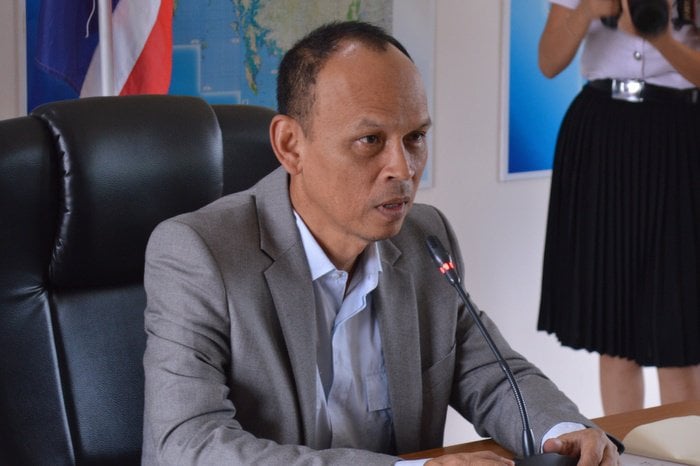 PHUKET: An imaginary earthquake will strike Phuket next week so that emergency-response personnel, island officials and locals can take part in a full-scale drill in preparation of the real thing.

The exercises and subsequent discussions will take place from June 24 to 26 in Thalang, said Vice Governor Somkiet Sangkaosuttirak yesterday.

“There will first be a simulation on June 24 at the Department for Disaster Mitigation and Prevention [DDPM] office, which includes a tabletop exercise and a seminar to teach officers how to deal with earthquake-related emergencies,” said Vice Governor Somkiet.

A full-scale drill will be carried out the next day in Srisoonthorn, which will sustain the greatest amount of damage from the imaginary 5.7 magnitude quake.

“Most of the buildings will be destroyed. People will be injured and homeless. Srisoonthorn Municipality will have to call Phuket Provincial Hall to report the emergency, and a shelter will be set up at the DDPM office,” said V/Gov Somkiet.

On June 26, officers from all involved departments and organizations will gather and discuss the results of the exercises and determine if anything needs to be adjusted in case a real emergency occurs.

“The drill is designed to reassure Srisoonthorn villagers of local rescue services’ capabilities and to train workers so that they know what actions to take should an earthquake strike,” V/Gov Somkiet explained.