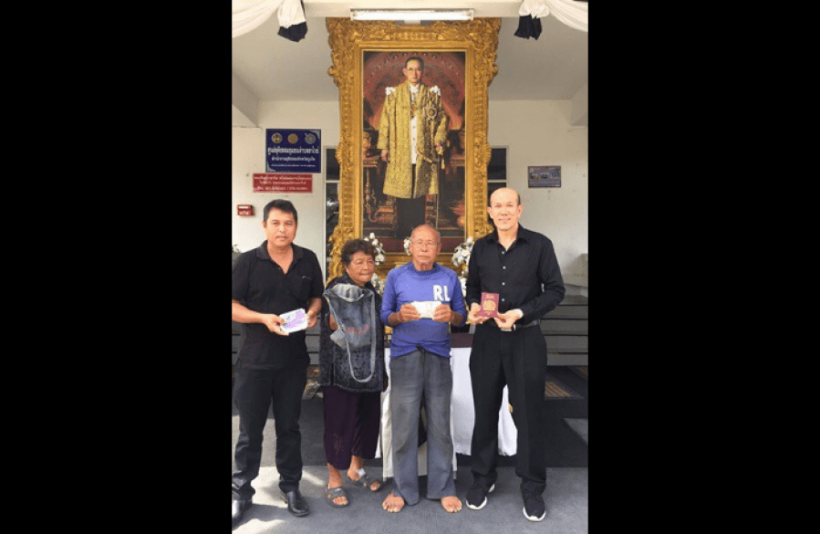 PHUKET: An elderly couple this morning returned a wallet containing a British passport, bank book and cash totalling more than 150,000 baht at Pakbang Beach in Rawai.

Prayong Sukkaew, 79, and his wife were collecting bottles at about 6am to sell for money when they spotted the wallet, picked it up and handed it over to Rawai Police officers.

“I admire the honesty of the couple for returning Mr Robert’s possessions to us. We are now looking for him so we can hand over the items,” he added.