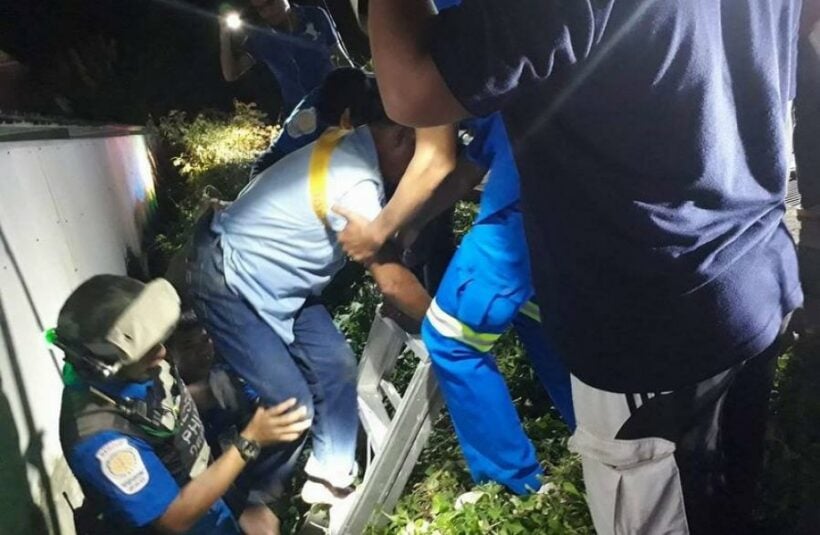 PHUKET: An elderly drunk was injured when he fell into a ditch behind some bushes at Phuket Bus Terminal 2 yesterday evening.

The ditch is about 3.5 meters deep and half a meter from the perimeter wall.

The man, named by rescue workers only as ‘Samran’, 60, reportedly went behind the bushes to urinate when he fell in.

He shouted out to staff at the terminal, who then called rescue workers for help.

Kusoldharm Foundation officers arrived at the scene and used a ladder to bring him back up. The whole problem took them only about five minutes to fix.

Mr Samran was not injured, but had to be transported back in a wheelchair and hydrated before he could provide any information about what had happened.

He was reportedly confused and disoriented from alcohol and exhaustion.

“I am the chauffeur of a Songthaew (passenger vehicle) and had just returned from a funeral. I’d had a bit of alcohol to drink. My friend brought me here and I was waiting for my son to pick me up. While waiting, I went behind the bushes to urinate, but fell into the hole,” said Mr Samran.

Mr Samran is now back with his family and reported to be safe.