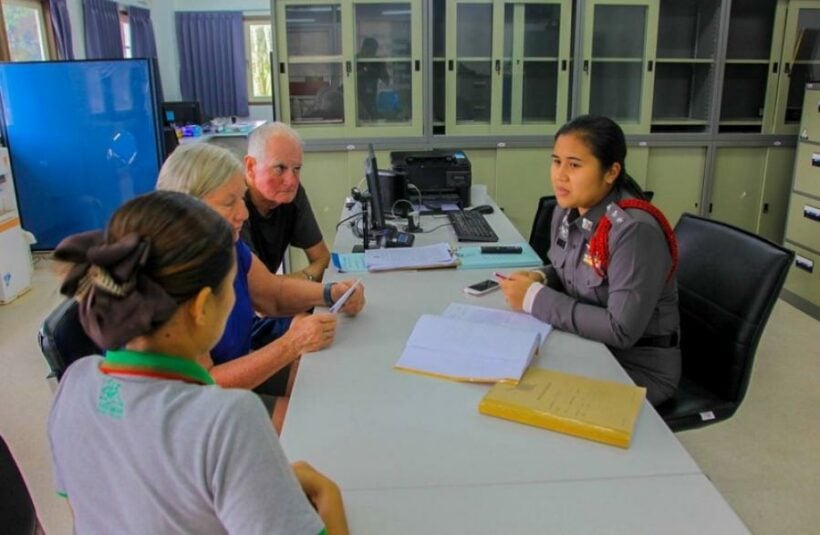 PHUKET: A 68-year-old Australian tourist was attacked by a stray dog in Khao Lak yesterday afternoon.

Janet Frances Heath was on her way back from Sairoong waterfall with her husband when the incident occurred.

She was taken to Takuapa Hospital for treatment and given a rabies shot. Ms Heath is reportedly safe.

“We have found more than five fierce strays in the area. We will check to see who the owners are and charge them with section 377, which states that anyone with a vicious animal in their care who allows that animal to wander alone in a manner likely to cause injury to others shall be punished with imprisonment not exceeding one month, fined in an amount not exceeding 10,000 baht, or both,” Lt Col Kaken Nigornhaschai of Khao Lak Police told the Phuket Gazette.

Wittaya Boonmee, manager of the ‘Beyond Resort’ in Khao Lak, stated that at least two other hotel guests had been bitten in just the last two months alone.

“We urge officials to take care of this problem to protect the image of Khao Lak and come up with a long-term solution for tourists’ safety,” said Mr Wittaya.

Locals nearby noted that it was surprising the dogs only seemed to target foreigners, as no locals had reported being harmed in the past.

They added that the dogs hung around because many people fed them on a regular basis.