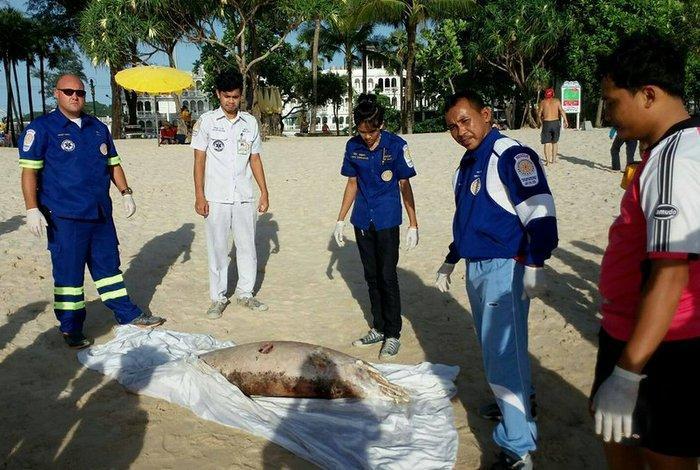 PHUKET: A dead dolphin was discovered off a Patong Beach and another is recovering at a Royal Thai Navy facility on Koh Lanta. Both were discovered by scuba divers on Saturday.

“This appears normal for what we see around this time of the year; however we are running tests on the body of the Patong female to determine the exact cause of death,” Ms Patcharaporn said. “We will also be looking for environmental factors that may have contributed to this animal’s decline in health.”

She said that preliminary examinations of the Patong female found wide-spread infections in the animal’s blood.

Lieutenant Commander Peerapat Pattanasopon of the Third Naval Area Command told the Gazette that the 60kg dolphin is being cared for at a Lanta naval facility.

Lt Peerapat said that Navy staff suspect the dolphin was injured after being caught in a fishing net, which they believe exhausted the mammal before it managed to free itself.

The five year old bull dolphin is the second to be discovered off Lang Sod Beach within a week (story here).