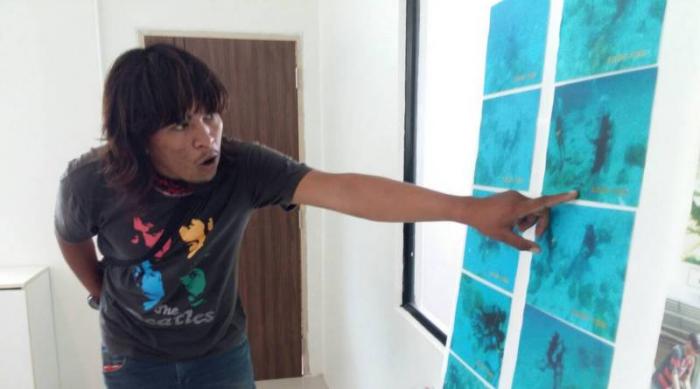 PHUKET: Officers from the Department of Marine and Coastal Resources (DMCR) yesterday filed a complaint at Chalong Police Station against a diving company and instructor for allowing tourists to step on coral at Koh Racha Yai.

“We immediately took action after seeing the pictures and learned that it was a diving team from a company named Dragon Diving Co Ltd. We also learned that the instructor in the pictures is Nattha Srinim, 33, who at first denied his involvement. However, after collecting all the evidence and witnesses, he confessed,” said Suchat Rattanaruengsri of the DMCR.

“As a result we filed a complaint against both Mr Nattha and the company, which has a Korean manager named Jun Seuk Yu,” he added.

They were, however, unable to provide any details regarding the tourists.

“The tourists had purchased the diving trip through a third party, so we could not find out their details. We believe they may already have gone back to their country,” said Mr Suchat.

“The diving instructor and the diving company will both face legal charges,” he added.

The punishment for endangering marine life in Thailand is a maximum of one year in prison, a 100,000 baht fine, or both.