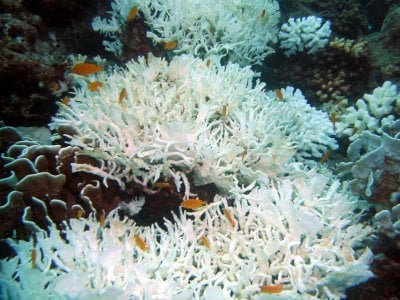 PHUKET: The immediate closure of many dive sites in seven marine national parks will not have a big impact on Phuket’s critical tourism industry, says at least one official.

Malinee Jannoi, an officer at the Center for Tourism Development, Department of National Parks, today told the Phuket Gazette, “It will not affect tourism much as we’re not closing whole parks, just some parts that probably don’t account for [even] 10% of each park.

“Tourists can go to other dive sites instead,” he added.

Mr Malinee suggested more sites should be off-limits. “Other sites where diving is not banned are still being damaged by people standing on the corals, such as at Koh Hei,” he said.

“We are trying to inform tour guides and tourists not to stand on the corals, but we’re not getting a good response. So officers should be strict in enforcing the regulations and punish anyone not following the rules,” he added.

Mr Sunan said coral at the sites needed protection after his department reported huge areas being bleached by warmer water temperatures – a factor widely recognized as an effect of global warming.

The dive sites now closed were named as:

Nipon Pongsuwan, a fisheries technical specialist at the Phuket Marine Biological Center, explained, “It will take many years for the coral to recover; closing them for just a few months will not have any effect.

Dive tour operators have denounced the closures, mostly on the grounds that the move will not help protect the corals from further damage.

Surapoom Kwankajohnkit, of Dive Master Co Phuket, said, “The closing will not help the coral to recover. It will be worse because if there are no dive boats around dive sites, fishing boats will anchor and fish close to the islands.”

Sea Bees Khao Lak, which runs dive tours to the Similans, saw the writing on the wall. “This has not affected us at all as we have not dived there since the beginning of the season,” said manager Markus.

“From April through October last year, the coral bleaching continued and those particular dive sites had become more affected than others and simply were not as beautiful as they used to be,” he added.

“It makes me very sad that divers are being blamed for damaging coral, which is absolutely ridiculous. Of course protection is needed – but logical protection. Coral bleaching is from global warming, not from divers.

“Protection from other factors is needed, such as controlling the snorkeling companies. They keep throwing snorkelers into the water without any education. The snorkelers break the coral and it takes years for the coral to recover.

“Take a look at Racha Noi and Racha Yai – it is very sad what has happened there,” he said.

Chinese New Year to usher in billion-baht boost for Phuket