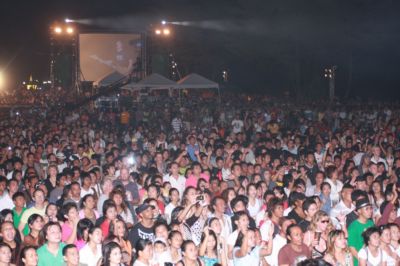 KARON, PHUKET: Chalong Police officers had to defend three suspected thieves who were set upon by revelers at Phuket’s otherwise highly successful Roy Fest concert on Karon Beach. The attack took place in the early hours of Saturday morning.

Three of the thieves’ victims – two Thais and a female Russian tourist – told the security team earlier that night that they had lost handbags and an expensive digital camera in the attack.

A swift investigation by police and Karon Municipality officers resulted in the arrest of the gang.

The three men, all from Cherng Talay, were caught in possession of a selection of stolen hand bags, ATM cards and digital cameras, police said.

When angry Thai and foreign members of the crowd realized what was happening, they started kicking and punching the three suspects.

“Some of us were hurt in the attack too because we had to defend the suspects,” Mr Winai said.

He said at least one suspect’s parents were threatening to sue those responsible for the attack.

Mr Winai doubted the likelihood of such an action succeeding, however. “I don’t know how they’re going to find who was responsible,” he said.

The only other arrest during Roy Fest happened the following night, when a Thai man was arrested for trying to steal a motorbike.