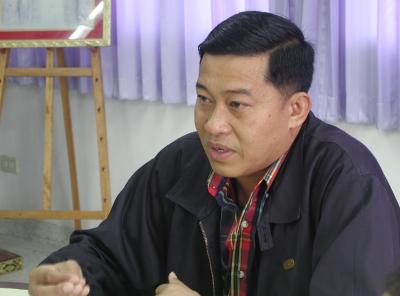 PHUKET: In a bid to tackle serious crime around the country, the Bangkok-based Central Investigation Bureau (CIB) has formed local crime-fighting forces for each police region, CIB Deputy Commissioner Pol Maj Gen Chatchawal Suksomjit announced on Sunday. Gen Chatchawal has been appointed chief of the CIB office for Region 8, based in Phuket and covering Ranong, Krabi, Phang Nga, Phuket, Chumphon, Surat Thani and Nakhon Sri Thammarat provinces. Eight other CIB Deputy Commissioners have been assigned to similar offices to cover the other police regions in the country. “From now on, we will be intimately involved with investigations into violent crimes and cases that the local police are too limited to handle,” he said. “In the past, we experienced overlaps in tasks between the central office and the regional offices, making it confusing for both and reducing our ability to enforce the law effectively.” Gen Chatchawal said that the new force comprises hundreds of officers from the Tourist Police, Marine Police and Highway Police, as well as CIB officers from Bangkok. In particular, he said, they will target the spiraling number of crimes by teenagers, including violent sex crimes, fighting and street racing, as well as cases “too complicated” for local officers to handle. “There are two major problems we have to handle immediately. One is teenage motorbike gangs. About 100 [gang members] often gather on the street at night near Rajabhat University Phuket. We have all their details. I have ordered officers to investigate in depth. “Society should be aware of the problem and know that we are keeping an eye on [the teenage gangs]. They are in our sights,” he said. Gen Chatchawal said that key crime bosses in the region are also high on his agenda. “We are [putting pressure on] their supporters, who are government officers, business people and ordinary citizens. If we [take away their support], it will be more difficult for these powerful people to continue to operate. “We have information about them already. All 19 ‘big ones’ [in Region 8] are involved in all kinds of crime: gambling, illegal weapons, illegal lotteries, gunmen for hire and illegal labor. We are focusing on gathering evidence against them,” he said. Gen Chatchawal rated Phuket as the third-worst province in the region for “big crime”. The worst is Ranong, he said, while Surat Thani is second. He added that CIB Region 8 will also help to monitor the Phuket Provincial Administration Organization elections on March 14 and will help in any related investigations. “We will cooperate with the Central Election Committee (CEC ) in keeping an eye on the elections. Our officers have been trained to investigate and will report to the CEC,” he said. The reorganization coincides with the increased involvement of the ruling Thai Rak Thai party in grass-roots politics.

Shopping for a change

A flap but no bird ‘flu