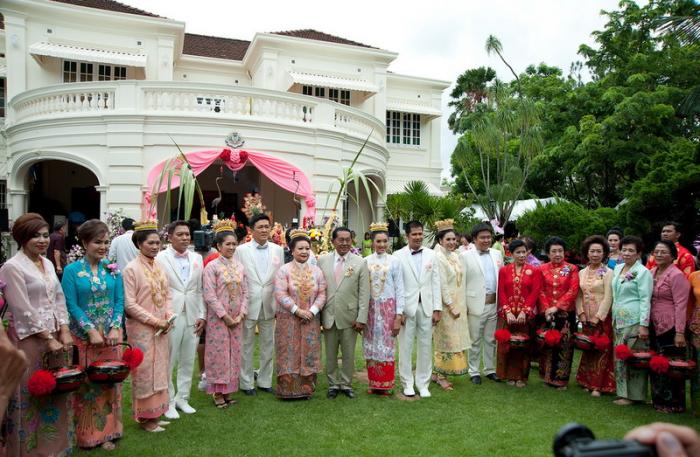 PHUKET: Couples intending to ‘Thai’ the knot are invited by the Thai Peranakan Association and the Tourism Authority of Thailand (TAT) to join a traditional ‘Baba Yaya’ wedding ceremony.

The June 19 ceremony in Phuket Town celebrates more than 200 years of local traditional weddings and is intended to promote the island as a wedding and honeymoon destination.

‘Baba’ and ‘Yaya’ are ancient terms for male and female respectively, used for the descendants of late 19th century Chinese immigrants to Phuket.

Priced at 39,900 baht per couple, the package includes a tour of Wat Chalong and Phuket’s beaches, a tea ceremony at the ancient Hongyok building, as well as an (optional) photo shoot at Phuket’s iconic Promthep Cape.

“We would like to invite couples from around the world to come to Phuket and experience our unique wedding traditions,” said Orasiri Ruktaengam, secretary of the Thai Peranakan Association.

Ms Orasiri said the Baba Yaya ceremony is also open to couples who are already married but who would like to renew their vows or celebrate their anniversary.

“The Baba Yaya wedding has become an annual event in Phuket, and upholding the long ancestral traditions of Peranakan is considered the duty of each new generation,” Ms Orasiri said.