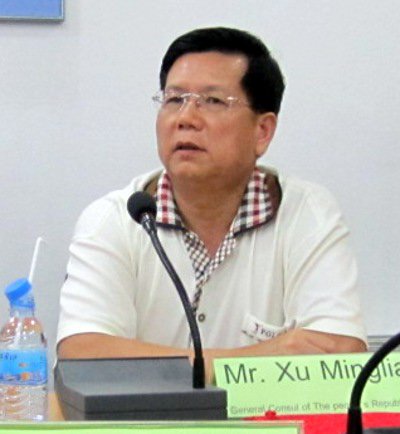 PHUKET: The dramatic increase in the number of Chinese tourists visiting Phuket in recent years is causing problems and has prompted Chinese officials to look into establishing a consulate on the island.

Xu Mingliang, the People’s Republic of China Consul-General in Songkhla, Southern Thailand, was in Phuket yesterday to hear tour operators’ concerns firsthand and to discuss the issues with Phuket Vice Governor Chamroen Tipayapongtada.

“In the past we have had to deal with Chinese nationals who have drowned or been involved in road accidents. We are considering how best to deal with these problems in the future.

“As the volume of tourists grows each year, having a Chinese consulate in Phuket would be helpful in terms of coordination and providing faster assistance to our tourists,” he said.

Only a few years ago the number of Chinese tourists visiting Phuket was 80,000 to 100,000, said Kritcharoen Roogmongkolnam of the Phuket Tourist Association’s Chinese and Taiwan marketing committee.

“Last year, especially during the high season and Chinese New Year, Phuket was unable to provide enough accommodation,” he said.

The situation was also allowing scam artists to target Chinese tourists and resulting in tourists being injured due to tired drivers.

In his view, the issues had to be resolved now or risk becoming long-term problems.

“The more people, the more problems,” she said.

“One of my suggestions is that Phuket International Airport should put up signs in Chinese language cautioning against unruly behavior at queues to the check-in counters,” she added.

V/Gov Chamroen said he would pass on the representatives’ concerns to Phuket Governor Tri Augkaradacha.

“He can then request that the Ministry of Foreign Affairs consider allowing a Chinese consulate in Phuket,” he said.