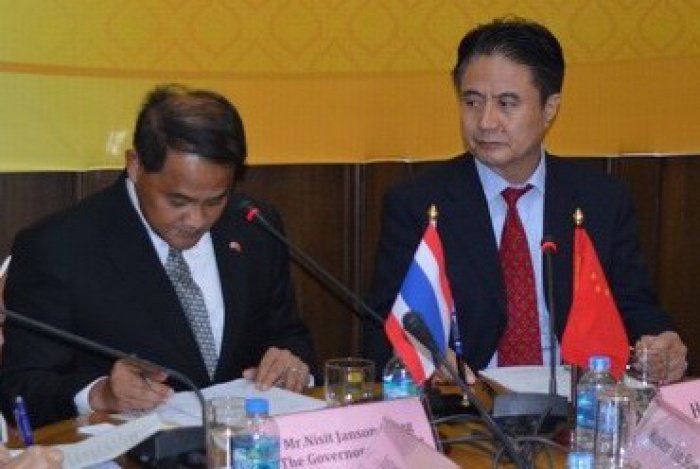 PHUKET: The Provincial Communist Party chief for Phuket’s sister province in China arrived in Phuket this week with hopes of ‘hacking into’ the secret to the island’s strong tourism sector.

“Hainan officials are here on a fact finding mission to better understand exactly why Phuket hosts so many tourists from so many countries, while Sanya of Hainan is only playing host to about 4.3 million domestic tourists a year,” said Phuket Governor Nisit Jansomwong.

Sanya, a city on the southern end of China’s Hainan Island, has several bays with large resorts and stunning beaches, all factors highlighting the similarities between the sister provinces.

“They would like to learn how Phuket has developed a variety of tourism activities, and how we have become a hot destination for travellers around the world,” Governor Nisit said.

Gov Nisit explained to Luo Baoming, the Hainan provincial Communist Party chief and former governor of Hainan, that the strength of the Tourism Business Association continues to be a major factor in the island’s growth.

“They understand the market. They know how to manage it and when to take a risk and when to play it safe,” Gove Nisit said.

The governor went on to detail a number of other factors that continue to play into Phuket’s success as an international tourism destination, and insisted that he was happy to help support Hainan as a sister province.

Drive at your own risk