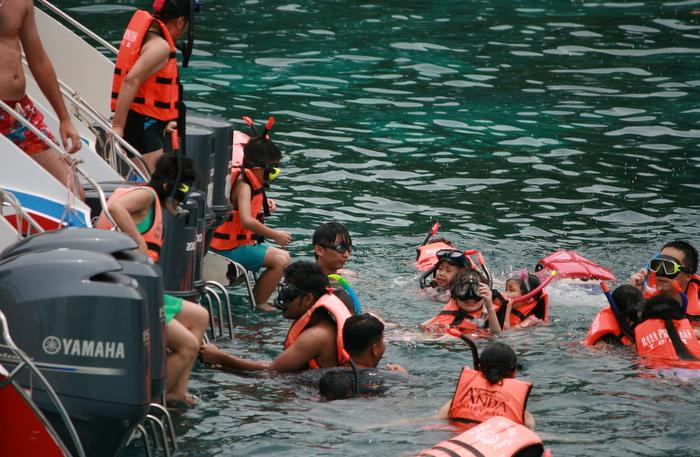 PHUKET: A spate of Chinese investment has flooded into the real-estate and tourism sectors in Chiang Mai and Phuket, two of the most popular destinations for Chinese travellers.

While the investment has contributed to the growth of both sectors, local operators have been advised to improve their products and services to compete with the Chinese or they will risk losing market share.

Quality Condominium Co executive Vasant Chawla said that there was an influx of Chinese investment in the real-estate sector in Chiang Mai.

From a positive point of view, this would boost the growth of the sector. Most of the Chinese investors were small; people who started out by seeking second homes in Chiang Mai before later renting them out as daily accommodation to the growing number of Chinese tourists.

The entry of Chinese investors has affected small operators in Chiang Mai province’s real-estate and tourism related businesses, as Chinese customers prefer to use the services of investors from their own country.

However, it is not clear which real estate is mainly controlled by Chinese investors. Most of the 49 per cent of the property in question is owned by Chinese, while Thai partners manage the businesses.

Some of the Chinese investors later expand from real estate into the tour-guide business, hotels, restaurants and souvenir shops to provide a comprehensive service to Chinese tourists in the province, which has hit local investors.

Non Hiranchet, secretary of the Chiang Mai-Lamphun Real Estate Association, said most of these kinds of Chinese investors came to Chiang Mai on private trips to explore opportunities to take over small property assets or form joint ventures with local developers. Most of the targeted projects are close to the city center.

The housing projects taken over by Chinese investors have between 50 and 200 units. The value of these takeovers has reached between 5-8 billion baht.

Typically, the price of each housing unit before such a takeover is around 3mn baht. The Chinese investors upgrade the units and put them on sale for 4-5mn baht each. The projects target Chinese customers.

Mr Non predicted that this year such investors would take over around 10 housing projects in Chiang Mai worth 15bn baht.

“At the moment this phenomenon has yet to hit the local developers, but has boosted the growth of the housing sector. But in the long run it could affect the local business people, who have to improve their products and join forces to defend their turf,” he said.

In Phuket, Chinese investors have also been perceived as making strong inroads in the province’s tourism business to cash in on the rising number of Chinese arrivals there, at the expense of local operators.

Sathirapong Na Takuathung, president of the Phuket Tourist Association, said it was difficult to say whether Chinese investors dominated the market in Phuket, as in some businesses their shareholding proportion strictly complies with the law and they do not employ only foreign workers, but a mixture of locals and foreigners.

Phuket has set up a committee to screen business registrations to prevent the use of local people as nominees for foreign investors.

Mr Sathirapong said that what has made Phuket prosper should be supported, while what is illegal should be suppressed. The spate of Chinese investment in Phuket is not a problem if their joint investment with local partners complies with the law.

He also advised small Phuket operators in all sectors to join forces to improve their products and services.

It is estimated that there were 1.3 million Chinese arrivals in Phuket last year, up from 1.277 million in 2014.

Thanyarat Achariyachai, former chairman of the Senate tourism committee, said she wanted Prime Minister Gen Prayut Chan-o-cha to look into the matter, as local operators have hardly shared in the benefits from the rising number of tourists in Phuket.