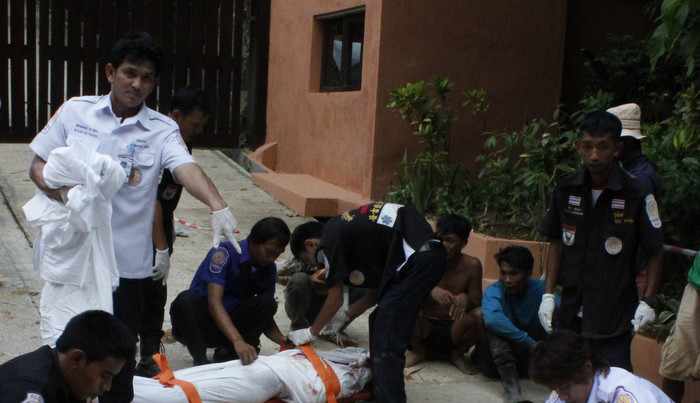 PHUKET: Police still have not determined the cause of a wall collapse at a construction site yesterday that killed three Myanmar nationals.

The accident occurred at the Crystal Wild Resort, a property under construction on the Ao Yon-Khao Khad Road, at about 4:30pm, said Lt Jarus Lempan of the Wichit Police.

“The wall at the entrance to the hotel, which is on a steep slope, gave way,” said Lt Jarus.

Original reports claimed that a fourth Burmese woman was injured in the incident and taken to Vachira Phuket Hospital. Police and Vachira Hospital staff denied the report this morning.

What it takes to stay safe while snorkelling in Phuket waters