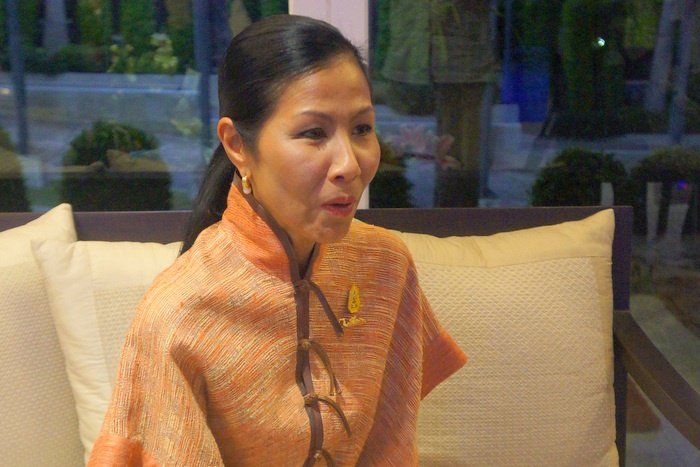 PHUKET: Phuket’s goal of becoming the regional maritime hub has shifted into high gear after the Cabinet agreed to expand the island’s deep sea port to accommodate larger cruise ships.

The National News Bureau of Thailand reported yesterday that the Cabinet has given the green light to improve Phuket’s Deep Sea Port, and is considering the construction of a similar port either in Krabi or Samui.

Deputy Government Spokesperson Maj Gen Sansern Kaewkamnerd said that the approval to build more yacht and cruise ports aims to improve relations with neighboring countries and promote the Kingdom as a regional hub for sea transport.

A proposal to amend visa and chartering legislation to further strengthen the island’s position as the premier yachting destination in the region was first voiced by Tourism and Sports Minister Kobkarn Wattanavrangkul in an exclusive interview with the Gazette in January (story here).

“Prime Minister Gen Prayut Chan-o-cha wants to make Thailand a world-class hub for yachts and cruise boats in Southeast Asia – and we think Phuket is ready for that,” she said.

Ms Kobkarn also said in April that a special task force has been formed to come up with viable suggestions on changing visas and yacht-charter regulations to help boost marine tourism in Phuket (story here).

The minister added in another exclusive interview with the Gazette late last month that special visas for foreign-flagged superyacht crew are expected to be rolled out by November, when Thailand is set to host between 20 and 30 superyachts at an international yacht show (story here).

Mr Chula confirmed to the Gazette today that a task force is already working on changing visa regulations, and that the new rules should be ready before the Phuket International Yacht Show.

“We are now working on necessary changes to visa and other related regulations so as to allow the chartering of foreign-flagged superyachts in Thai waters,” said Mr Chula.

“All the necessary work will be completed ahead of the show. When the show opens in Phuket, owners of superyachts around the world can come and explore the opportunities in Thailand. And they will be allowed to charter.”