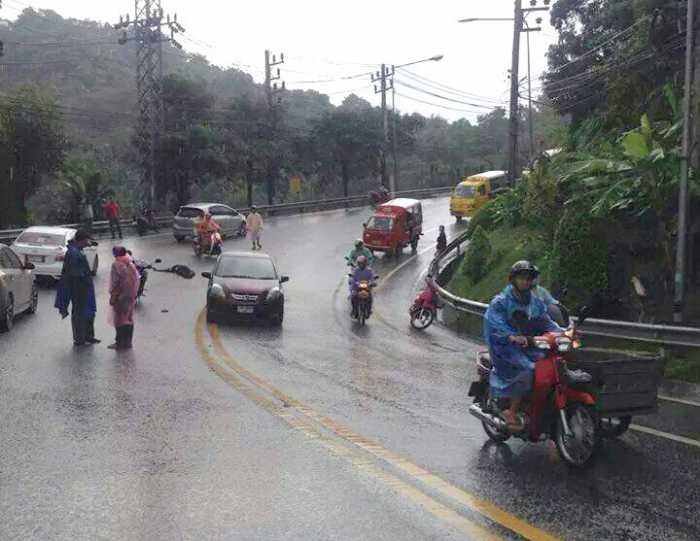 PHUKET: The bus driver who ran over a teen that fell from his motorbike on Patong Hill last week will face no charges, police confirmed to the Phuket Gazette today.

“The bus coming up the hill from Patong, couldn’t avoid him and ran him over – killing him instantly,” said Lt Col Pratuang Polmana of the Patong Police.

“The bus driver will not be charged, as the accident was not his fault.”

Police declined to name the driver, citing that the accident was not his fault.

Col Pratuang cautioned all motorists to be careful on the notoriously dangerous hill, especially when it rains.

“It’s even worse when hill roads, like the one over Patong Hill, are wet,” he said.