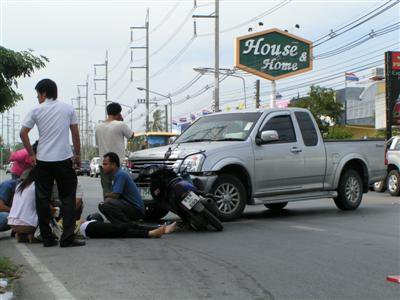 WICHIT: Female motorcycle rider Arisara Srimaung sustained only a cut eyebrow after colliding with a pickup truck on Chao Fa West Rd outbound near the House and Home building supply center, just before 9 o’clock this morning.

K. Arisara required stitches for her head injury, but was otherwise unharmed, an officer at the hospital said.