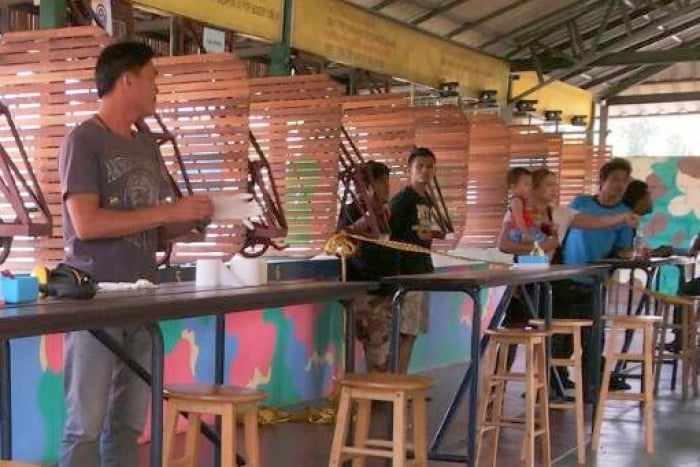 PHUKET: A 21-year-old British man turned a gun on himself and committed suicide at a Phuket shooting range this afternoon.

Staff and witnesses at the Thalang Shooting Range said the man arrived at the tourist attraction before 3pm.

The man hired an 11mm pistol and emptied his magazine at the target, before asking for three more bullets.

He then turned the gun on himself and fired at point blank range, staff and witnesses told police.

The taxi driver who picked up the British tourist from a hotel at Bang Tao, on Phuket’s west coast, said he heard the man arguing with someone on the phone while being driven to the shooting range.

“We have taken statements from some witness, but we will question more people at the scene and we have yet to review any CCTV footage the facility may have,” Lt Kraisorn Boonprasop of the Thalang Police told the Phuket Gazette.

The Gazette has confirmed the man’s identity, but is waiting for confirmation that his relatives have been notified of the tragedy before releasing his name.