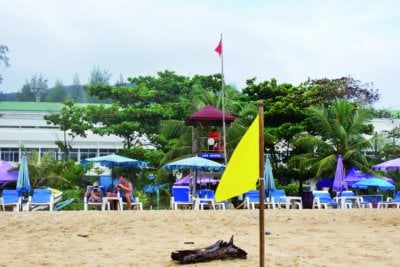 The teenager, from Pijit Province, is a Phuket resident and went swimming with friends who said he went into the water about 6pm, but did not return.

Chalong police and rescue teams using a jet boat searched for him, but have so far been unable to find him.

Locals and the missing boy’s friend have also joined the search.