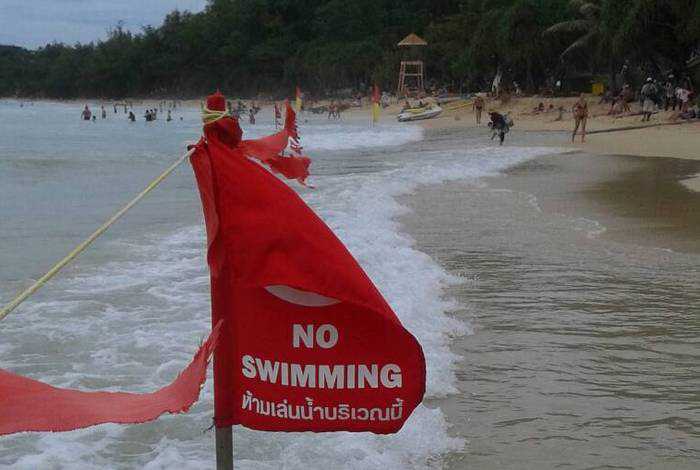 PHUKET: Lifeguards are blaming heavy drinking for the drowning of an 18-year-old on Phuket’s Kata Beach yesterday morning.

“There were about six men and one woman drinking on the beach after work. At about 9:20am three of them were swimming in a closed-off section of the beach. They were dragged out by the waves,” Kata-Karon chief lifeguard Uten Singsom told the Phuket Gazette this morning.

“Mr Thongchai and Mr Phatpong were both drunk and exhausted, but fine. Nonetheless, we had them taken to Vachira Phuket Hospital,” said Mr Uten.

“We spent about two hours searching for Mr Supachai. I eventually found his body and brought him back to shore. I could smell the alcohol on him.”

Though the beach was closed, Mr Uten said that the waves were not too strong yesterday.

“I think they had too much alcohol, and weren’t able to help themselves,” Mr Uten said.

“We had a tough time making the two rescues. We put our lives at risk every time we have to go out and save someone. Swimmers need to obey the red flags and not swim when they are drunk.”

“They were dragged out by chest-high waves. Two of them were able to make it back to shore. However, two went missing,” said Lt Peerasit Nhupayan of Cherng Talay Police.

Wanchalerm Buasaard, 16, and Ano Tanamai, 20, were spotted alive and floating a couple hundred meters from the safety of the sands.

“Lifeguards spent less than 10 minutes getting them back. They were taken to Thalang Hospital,” Lt Peerasit said.

“Fortunately, this did not become another sad story.”