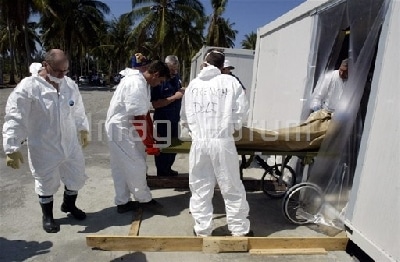 PHUKET: The slow body identification process that occurred in Phuket after the 2004 tsunami has motivated researchers in Perth to build a database of skeletons to help identify bodies more quickly and accurately.

According to the Australian Broadcasting Corporation, the University of Western Australia has been given a $400,000 grant for the project, which involves mapping the shape and co-ordinates of bones.

Assistant Professor Daniel Franklin has told WA’s Stateline program that police will then use the database to identify specific features of skeletons such as age, sex and ethnicity. WA Police Superintendent Haydn Green was in charge of identifying victims in Phuket from the 2004 Boxing Day Tsunami. He says the database will be extremely helpful in the future.

The championships saw 74 sailors from 12 countries taking part in the action.

China blamed as Mekong dries up in Thailand

Asia Times Online
Low water levels in the Mekong River, which flows through Thailand, have resulted in ongoing criticism of hydropower dams that have been erected along the waterway’s upper reaches in China.

The blame has been pinned on China’s inward-looking water management policies, although some experts say the real culprit is unusually severe drought conditions in southwestern China and northern Thailand.

Thailand has been particularly vocal, calling for the four Mekong River Commission (MRC) members – itself, Cambodia, Laos and Vietnam – to apply bilateral diplomatic pressure on Beijing through their respective foreign ministries.

During a weekly television address on March 7, Thai Prime Minister Abhisit Vejjajiva said “we’ll ask China to help manage the water flow along the river better, so countries in Southeast Asia would not be affected.”