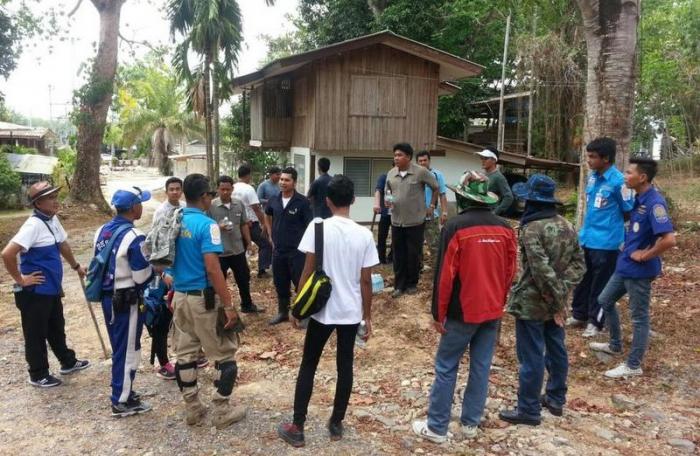 PHUKET: Fresh evidence in a missing person’s case has led Phuket police to order a DNA test to confirm whether an unidentified decomposing body found floating in a Kathu pond on May 9 is that of an Indonesian man reported missing since May 7.

The missing man Haiki Muhammad, 28, lived near the Thairath Wittaya School, which is where the decomposing body was first discovered (story here). He was reported missing by Eakkachai Intong, 28, his coworker at the Merlin Beach Resort, where Mr Muhammad was interning.

The DNA test was ordered after a green towel (which he was last seen wearing by his friends) and a wallet containing Thai and Indonesian currency (also identified by friends as belonging to him) were found behind his accommodation yesterday, confirmed Kathu Police Supertintendent Chawalit Petchsripia.

His friends were attempting to locate him through social media and had previously confirmed that the body found in the pond was not Mr Muhammad’s, said Capt Wattanatorn Bumrungtin of the Patong Police.

“We have been working on the case since it was reported. I have ordered officers to look for information from anyone who may be connected to Mr Muhammad or have any clues about where he could be,” said Col Chawalit.

Krabi school builders to be charged for deaths of five women