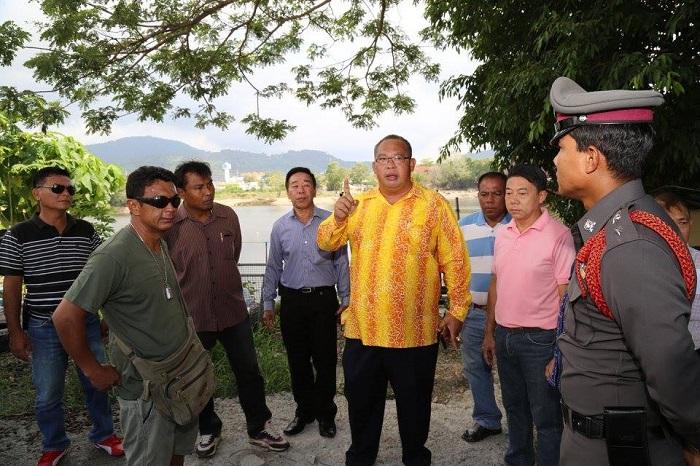 PHUKET: Work is underway to repair 400,000 baht worth of damage done by water delivery trucks to a road behind Chalong Temple.

Chalong Municipality confirmed today that work began this week to resurface Luangporgluam Road, which runs alongside the reservoir, an old tin mine, after complaints from locals prompted Chalong Mayor Samran Jindapon to ban water delivery trucks from using the route until the road is repaired.

Mr Samran and other officials from Chalong Municipality inspected the road on May 10 after villagers complained of potholes and standing water on the roadway.

“We have seen trucks take water from the old mining site and sell it to private businesses,” Mr Samran said. “Locals told us that they saw dozens of trucks moving water all day and night during this dry season.”

The road repairs began on Thursday and are expected to be finished within 15 days.

Power cut to affect Koh Kaew on May 17