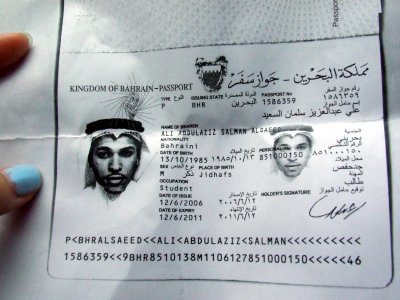 PHUKET: The body of a Bahraini tourist was recovered early this morning, three days after disappearing in heavy surf off Karon Beach on Sunday afternoon.

Mr Ali arrived in Phuket on August 5 with three friends, all staying at the same hotel in Patong. They were scheduled to fly out on Friday.

Like many before him, the 25-year-old and one friend ignored red warning flags and entered the surf across from the Karon Sea Sands Resort & Spa at about 2:30pm.

Both men quickly got into trouble. Lifeguards who raced to the scene were able to rescue the friend, but it was too late to save Mr Ali, who disappeared beneath the waves.

Efforts to locate his body continued until 3am this morning, Mr Uten said.

The young man’s remains were finally spotted by Burmese workers at dawn today, about one kilometer from where he disappeared.

“They were probably swimming in waist-high water, but then got pulled out over their heads and panicked when they were unable to fight the current to get back to shore,” said Mr Uten.

Mr Ali’s body is being kept at Vachira Hospital Phuket pending the arrival of family.

Chatree Promnoon, one of the lifeguards who helped rescue Mr Alsaeed’s friend, said, “We keep warning tourists not to swim in areas where red flags are flying, but many of them refuse to listen to us. Some of them even shout back to us. If one of them fails to pay heed, the others usually follow that person into the surf. All we can do is keep an eye on them and try to rescue them when they get into trouble,” he said.

Following the drowning death of Romanian tourist Gheorghe Paulive at the same beach on July 20, the Kata-Karon lifeguards criticized hotel owners for not doing enough to make their guests aware of the dangers of the monsoon-season surf.

This is now the topic of the latest Phuket Gazette Reader’s Poll. To have your say click here.