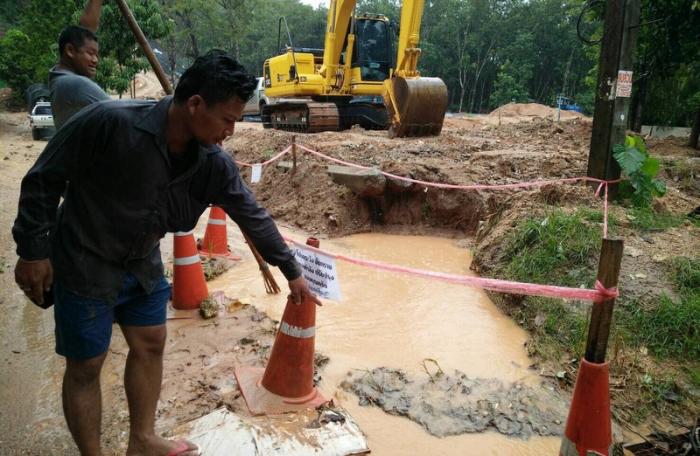 PHUKET: A three-year-old boy is thought to have drowned in a ditch at a construction site in Kamala this afternoon.

“The body of baby Weeraphol Taseedam was discovered at the site close to his house. Nobody knows what happened to him, but we believe he fell into a ditch filled with water about one meter deep, and drowned; then his body was washed up by the side of the road,” said Kamala Police Superintendent Sirisak Wasasiri.

Chatchai Srikan, 29, the foreman at the construction site, was the one who first discovered the corpse. Police believe the boy died about an hour before he was found.

“I have no idea what happened to him. When I saw him, I called rescue workers for help, but by then it was already too late,” said Mr Chatchai.

Police questioned the boy’s parents, Thonglan Taseedam, 44, and Boonsam Jantarangsee, 39. His father was at work while his mother was at home. The mother told police she did know when the child wandered out of the house.

Locals told police that the boy was last seen roaming about at 11am.

“I knew the child, so when I saw him on the road, I asked him where he was heading. He didn’t say anything and went his own way. I was unaware of what happened to him until I heard the tragic news,” said Paitoon Lamlua, a neighborhood resident.