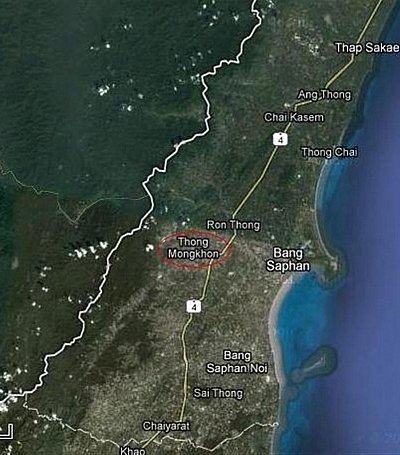 The state-run MCOT news agency reported that the coach was carrying 35 passengers when it crashed into the median strip drainage gully on the Petchkasem Highway in Thong Mongkol subdistrict, Bangsaphan District last night.

The exact time of the accident was not reported. The bus is known to have set off from Bangkok with stops in Phang Nga and then Phuket.

According to initial reports, the accident occurred when the bus tried to overtake a 10-wheel truck and was hit on the left when that truck changed lanes to overtake another truck in front of it.

The bus came to rest tilted to one side against the side of the ditch.

Rescue workers rushed the injured to the nearby Bangsaphan Hospital.