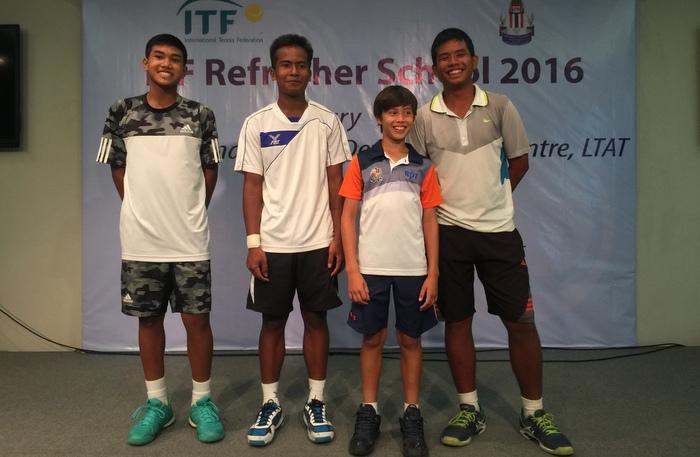 Held from February 3 to 7, the tournament included the top 16 tennis players in Thailand, boys 14 and under, in a round robin competition of four groups.

James, a Year 8 BISP student, came through the round robin to face the number-one ranked player in Thailand in the quarter finals, winning a tough match to go through to the semi-finals, eventually winning two more matches to take the title.

James is now the youngest member of the Thailand National Youth Team Boys 14 and under squad.

“James got stronger and stronger as each match went on. We are currently changing many aspects of his game and it was a pleasure to see him using the tools we are trying to give him,” said BISP RPT Tennis Academy Head Coach Lee Austrin.

“He is by no means the finished article but it makes me extremely proud to see him playing and fighting the way he does against older and physically more developed boys. I’m very excited for his future.”