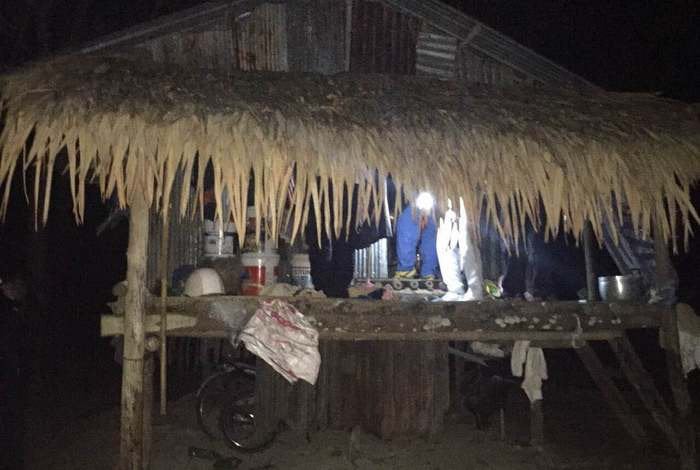 PHUKET: Police are hunting a group of men who killed a Myanmar rubber tapper who was only able to give them 6,000 baht cash – not enough for them to spare his life.

When officers arrived at the scene last night, they found the body of 34-year-old Kyaw Soe. Also at the scene was Mr Kyaw’s wife, named by police only as ‘Yo’.

“Ms Yo explained that the group of six men, comprising Thais and Burmese, arrived at their house inside the rubber plantation and demanded Mr Kyaw give them money when he answered the door,” said Capt Yingyong Chuoykij of the Patong Police.

“Mr Kyaw then paid the men 6,000 baht and immediately closed the door. A few minutes later, the men returned and asked for more money. When Mr Kyaw was unable to provide the additional cash, one of them stabbed him with a three-pronged spear.”

Ms Yo told police that she then screamed for help and the group fled. The plantation owner called the police. However, Mr Kyaw was dead by the time officers and rescue workers arrived.

“Ms Yo said she had no idea what the details of the financial transaction between her husband and the men were,” Capt Yingyong said. “We’re looking into that now.”