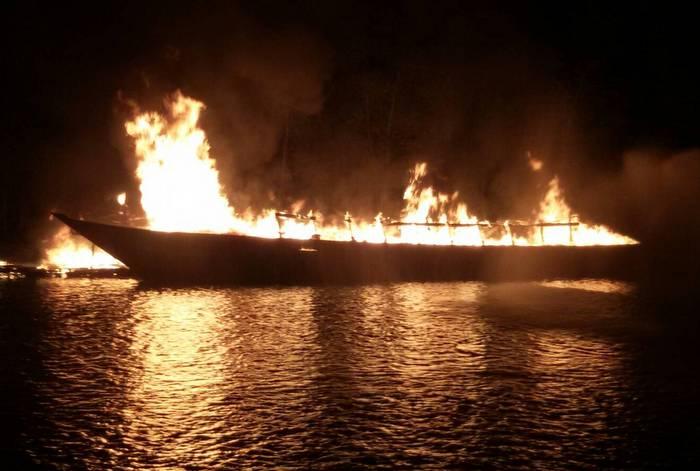 PHUKET: Police suspect a battery caused an explosion and subsequent fire that destroyed a longtail boat worth 3 million baht in Phuket last night.

“The boat was parked along a section of mangrove forest near the Bang Rong Pier in Pa Khlok when it caught fire at about 11pm,” said Phuket Marine Police Chief Panya Chaichana. “There was nobody on the boat at the time. However, at this stage, we assume it must have been started by the battery.”

Somnuek Jaidee, the owner of the boat, told police that he had no idea what happened, as the engine wouldn’t have been running at the time and he has no outstanding issues with anyone.

“Those in the area did try to help Mr Somnuek battle the flames. However, it eventually sank,” confirmed Lt Col Panya.

The case has been handed over to the Thalang Police to investigate.