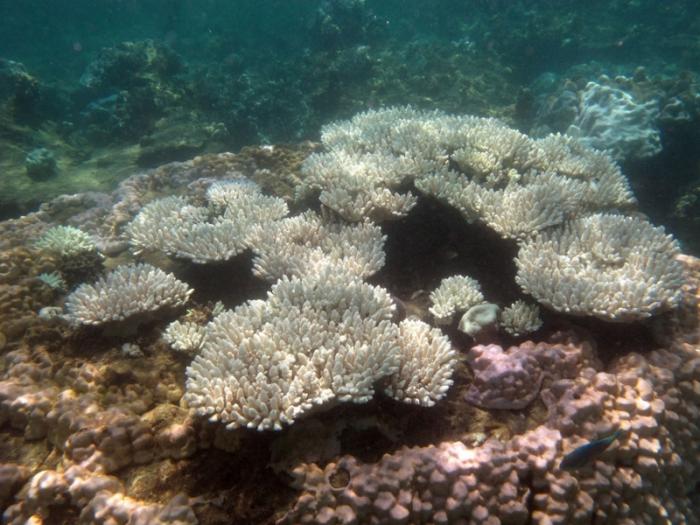 PHUKET: A joint committee on March 25 called for the temporary closure of 32 diving spots in the Gulf of Thailand and the Andaman Sea in a bid to protect against coral bleaching.

The move is part of a group of four proposals the committee made to relevant authorities.

Koh Yung, which is part of the Phi Phi archipelago and one of the 32 dive spots, has already been closed for weeks.

Thon Thamrongnawasawat, a marine science academic and a key member of the investigative panel, told The Nation that coral in some parts of the Gulf of Thailand was being bleached, adding that an anticipated 80 per cent of the country’s coral were prone to bleaching.

Dr Thon said that the temperature of the Andaman Sea was reaching a critical point of 30.5-31 degrees Celsius as a result of climate change and that would lead to bleaching. The situation prompted the committee to call for action to be taken, he said. In a bid for the committee’s proposal to be effective as soon as possible, Dr Thon said that he would utilize his close ties with concerned authorities.

“We cannot let red tape delay things any longer. By the time the proposal is approved, it may be too late to preserve the coral,” he said.

Before the proposal was resolved, the committee studied such a move in light of the views of academics, authorities and entrepreneurs, he said, adding that the proposal was likely to be approved.

The panel urged tourists – including divers – to be aware of coral sensitivity and help protect corals.

“It is an order from the DNP, so we have to follow. We are not only closing part of the diving spots, but also measuring the temperature of the sea in the national park area to help the DNP in finding a solution,” said Sarayuth Tanthien, chief of the Hat Noppharat Thara – Mu Ko Phi Phi National Park.

The temperature recorded so far is about 29 degrees Celsius.

“This is quite high – we are concerned that it might cause extensive damage to shallow corals,” Mr Sarayuth said.

“We are doing our best to help Phi Phi and also other marine areas by cooperating with all concerned officials and committees to help solve this issue together,” he added.

Last week, tens of thousands of dead fish were found in a pond in Krabi, which officials believe died from the rise in water temperature (story here).