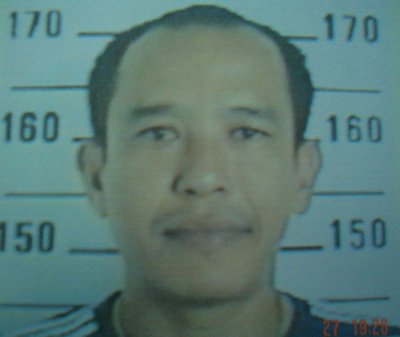 KARON: A 100,000-baht reward is being offered for information leading to the arrest of Suban Pon-iamsaen, 40, the prime suspect in the murder of Mala Peng-iam, who was gunned down in her Mala Seafood beachfront restaurant on March 27.

Suban owns the restaurant next door to Mala Seafood.

Police believe that the killing was the climax of a long-running feud between the two restaurateurs.

Maj Peeraphan Meemak, an Inspector at Chalong Police Station, told the Gazette that money for the reward was put up by Sanoe Peng-iam, a relative of K. Mala.

“K. Sanoe came to Chalong Police Station on Tuesday to ask about any progress in the case and to offer the reward.

“We believe that Suban is no longer in Phuket. The reward should help us to track him down. It will also increase pressure on him and encourage him to give himself up,” Maj Peeraphan said.

Suban is a native of Tambon Na Neua, in Ao Luek District in Krabi.