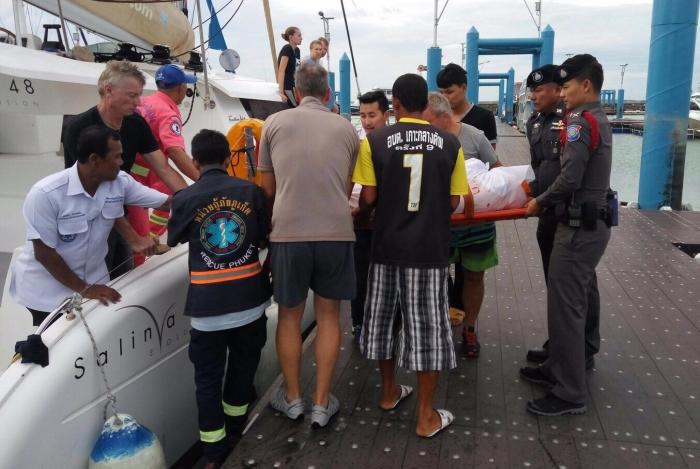 PHUKET: A 75-year-old Austrian tourist ended up dead yesterday while snorkeling at Koh Rok, Krabi. His body arrived by boat this morning.

“We received reports that the man’s friends were bringing his body to Chalong Pier early in the morning today. I notified the Austrian Consulate and told rescue workers and Chalong Police to receive the body and take it to Vachira Phuket Hospital for autopsy,” said Phuket Tourist Police Chief Naruewat Puthawiro.

Police told the Phuket Gazette the man had arrived in Thailand for a holiday with ten friends on November 27. They’d rented a yacht from Yacht Heaven to head off to Langkawi, Malaysia. Four of them had decided to stop by at Koh Rok for snorkeling. The Austrian reportedly went into shock soon after,” he added.

The Gazette is withholding the man’s name until his family has been notified.